Hi my dear friends. In today’s video I’ll show you a brilliant idea about how to make a third hand for soldering. 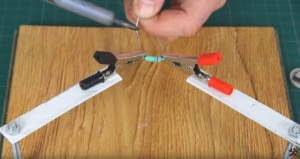 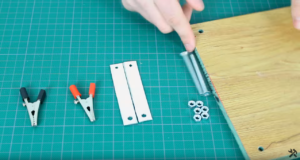 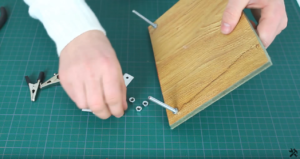 Next you have to twist one more screw approximately for a half of a centimeter. 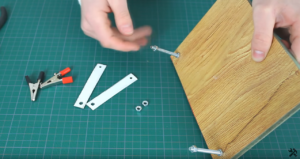 Untwist the bolts from the crocodile clips. Pass the bolt through the plate and clench it closely. Well, the first semi-product is ready. We have to do the same thing with the second one. 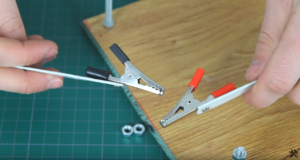 In the conclusion, we just have to pass the plate through and clench them with the screws. 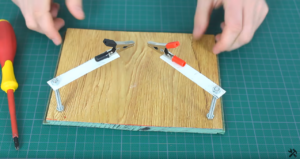 The third hand for soldering is ready. Let’s test it.

That’s all, guys. The third had for soldering is ready. Thank you for your attention. Have a nice day! Bye-bye!

Do you know?
In 2002 a smart retiree from Sevastopol using the soldering iron as the gun had scared three bandits and took away the things they had stolen.