Hi my dear friends!
Many viewers of my second channel Ursu RomanVlogs, by the way, if you aren’t subscribed to it, you can subscribe now, I hope you’ll find it interesting like the main channel, so my viewers asked me to show how I am making the logo of the channel with the highlighting for the table we are going to work at after New Year. 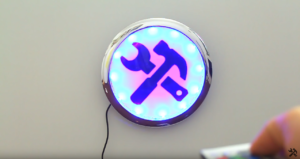 First, I’m going to name the things we need to make a logo of the channel with the highlighting, and then we are going to start the work. First of all we need a LED tape with the power supply unit, I suggest you to use such a set as I do, which consists of the controller and remote-control desk, which allows to regulate colors as there’s a wide range of colors, and there are various modes, for example, blinking LED mode or slow fade out mode. Generally, this is a very cool stuff. Next thing we need is a clock frame. I think many of you remember the video where I was telling you about how to make a vinyl record watch. So I didn’t find a separate clock mechanism on sale, so I’ve bought the cheapest clock, removed a clock mechanism from it, made a vinyl record watch and I didn’t feel like throwing the clock frame out, and I’m glad that I didn’t do that, as I’ve got the idea to make a channel logo with the highlighting with such a frame. We also need a screw key, printed logo of the channel on a simple sheet of paper, and of course traditionally we need a glue pistol and two types of glue: super glue and white glue.

Firstly, we are untwisting the screws and taking the frame to pieces. 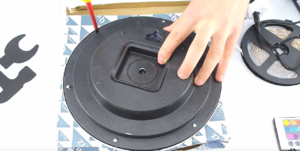 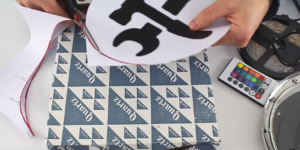 Then, apply glue on the clock face and stick the logo. 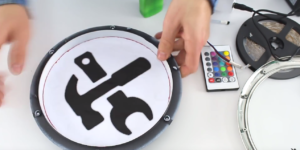 Now we are moving to LED, measure an approximate length of the interior side, cut off the odds. 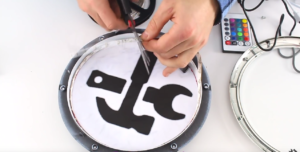 Make a small hole for the wires with stationary knife on one side. 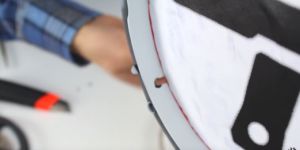 Pass the LED tape through this hole and stick it from the inside. 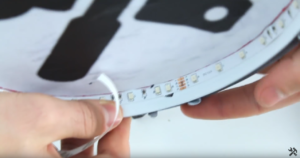 Some time later the LED tape is going to unstick in some places as bi-adhesive scotch is not very safe, that’s why we are going to apply a few drops of super glue after every 2-3 cm. In conclusion, put everything together 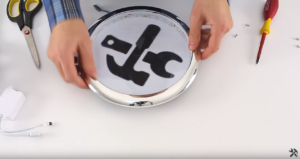 connect the controller, stick it. 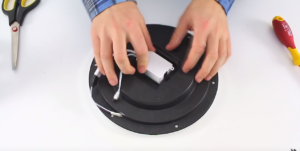 Well guys, hand made logo with the highlighting is ready. Connect it to the power supply unit, plug in the socket, turn it up to see it more clearly. Wow! 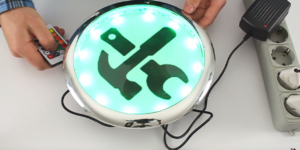 I’m very satisfied with this! We may choose on the remote control a single color such as red, green, blue, or all colors together. There’s also different range of tinctures, and the varying modes as flash mode of blinking, fading of the lamps and slow lighting up. I think that everyone can choose the mode he or she likes. I’m leaving you for a moment to edit the music for you to enjoy this logo with this hand made highlighting. Thank you so much for your attention. Bye-bye!

Do you know?
The smallest LED in the world was made in Japan. Its length was 1 mm, the width of the LED was 0,8 mm, and the diameter was 0,2 mm.