Hello my dear friends! In today’s video I’d like to show you the idea of making a glass with lighting. The lighting will turn on automatically after pouring some drink in it, and turn off by the end of drinking the beverage. 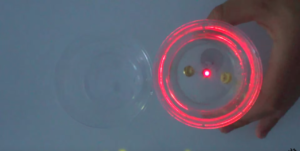 In order to make a glass with lighting we need round pliers or nippers, one small nail, dowel, super glue, and banknotes elastic, two plastic cups with thick walls, one LED, 3V battery, a piece of wire, two pins, flux, solder and solderer.

First of all we have to make three holes in the bottom of a cup. One hole for LED should be in the middle, and two holes on the sides for the pins. I missed one more thing needed, it is a lighter, which we will use for heating a dowel, then we will make a hole for LED in the center. We need a small nail to heat it and make two more holes for the pins. 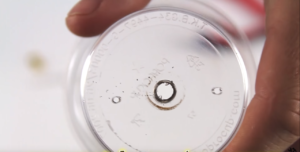 Now insert the pins into the holes, then insert the LED, stick it with super glue to make the cup leakproof. 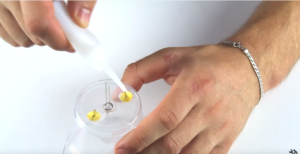 Shorten the pins as they are too long. 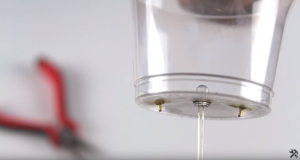 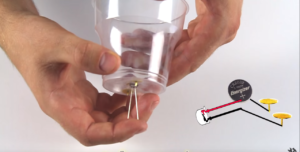 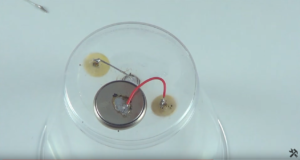 In conclusion, we take a banknote elastic, double it, put it on the cup, put one cup on another, press it to set the elastic closely. So any moisture won’t reach the battery and LED. 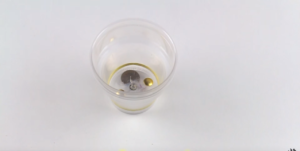 Do you know?
The first LED was made by General Electric company in 1962.